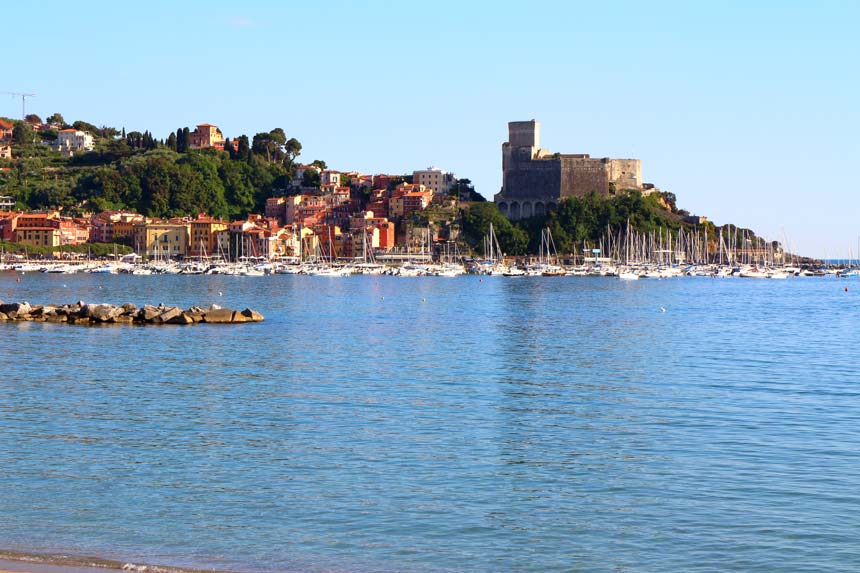 Lerici is located at the eastern end of the Gulf of Poets and can be reached from the “Hotel La Villetta” by car in just 10 minutes. This ancient village dates back to the VII century and is rich in history, traditions and celebratory events throughout the year. A fishing village originally devoted to fishing, Lerici is today a renowned tourist port. In the 1800s, the mild climate and natural beauty of Lerici attracted English and German romantic writers and poets who wrote memorable verses dedicated to the Gulf of Poets. To see: the historic center of the village with the House of “Andrea Doria”, the Castle, a high example of military architecture, which dominates the town, the “Oratory of San Rocco” with important paintings by “Fiasella”, the “Oratory of San Bernardino”, the Church of San Francesco with paintings by “Fiasella” and a triptych of “Gare”. I recommend taking the walk that connects the town to San Terenzo: during this journey you will admire “Villa Marigola” and “Villa Magni” and, finally, the “Castle of San Terenzo”. Enchanting panoramic views from the locality of “Falconara”, reachable on foot from San Terenzo, from “Bellavista” and from the road that, from the locality “La Serra”, passing through Montemarcello, leads to Ameglia in the Magra Valley.

Numerous free and equipped beaches: Lerici, Baia Blu, S. Terenzo, Venere Azzurra, Fiascherino and Tellaro. The latter can be easily reached from Lerici by bus, ferry or boat rental, past the pretty locality of Fiascherino. A few years ago, the CNN included Tellaro in first place in its reportage entitled "The 7 most beautiful villages in Europe". It’s not a case that this village is still on that list. What is its secret? The typical shape of its fortified village, the enchanting rocks to prevent access from the sea, a sea so close to the hamlet that the latter seems to be born from the sea waves. To see: the historic center of the village, the “Oratory of Santa Maria n’Selaa” with its panoramic Terrace, the Church of San Giorgio and the fantastic Marina. From here you can reach by boat the long secluded beaches called "Spiaggioni", protected by cliffs overlooking the sea. Finally, in summer Tellaro is the scene of the famous Octopus Festival: legend has it that, during the night, an octopus rose from the sea to ring the bell of the Church of San Giorgio and thus attract the attention of the hamlet’s inhabitants, averting the attack by pirates.